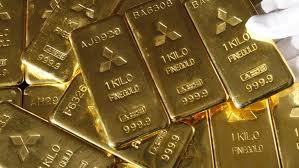 People throughout history have died and been killed for it.  The price of it is quoted in the daily financial pages and TV shows.  Women (and quite a few men) love what it can be made into and use it… as a display of wealth.

But what is it really and how does it fit into a financial plan exactly?

To understand this, we must firstly look at what it is not.  Gold is not an investment, and people who buy and sell gold on the premise that the price will go up or down are speculators.

A gold coin today would still buy a person the exact same things.

But, some might ask, if it always keeps its value, why does the price change every day?  What’s important to remember here that the price of gold is usually quoted in a particular currency, most usually US dollars.  What is really fluctuating is the currency against the gold and not vice versa, gold maintains the same value all the time.  Gold also carries no counterparty risk, it isn’t issued by a country or has its value is determined by a central bank, like today’s currencies are.  Gold has been used as money and a store of wealth for thousands of years, unlike today’s modern currencies, none of which have been around for more than 100 years, and in all likelihood, will not be around in 100 years or so.

Once upon a time our currencies were backed by gold (or silver).  This meant that the country in question could not print any more of their currency than the value of what they kept in gold to back it.  But this is no longer the case.  In fact, it is a requirement that countries who wish to become members of the International Monetary Fund (IMF) must have a fiat currency, ie. one that is not backed by a precious metal.  The world’s economies now are backed by debt, which means they need debt to be increasing in order for the economy to increase.

After the GFC when the world’s debts simply got out of hand, many countries have again started to increase their gold holdings including China, India, Russia, Japan, Switzerland, France being some of many.  Even the US is still reportedly the largest holder of gold in the world, although whether this is still kept at Fort Knox is open to debate.  China and India have traditionally been very large gold holders.  It’s part of their culture.  China is actually the world’s largest producer of gold, but not only does none of this gold leave the country, they are also a very large net importer of gold.  There are a few countries which in 2013 repatriated or attempted to repatriate their gold holdings from overseas vaults, most noticeably Germany, but Netherlands and Venezuela are two others that spring to mind.

What does this all mean in the scheme of things?  Perhaps these countries are recognising that gold (and other precious metals) are still a real form of money.

Silver, platinum and palladium are some other precious metals that people can hold as a store of wealth.  In fact, the British pound was once backed by silver, hence the name pound sterling.

These metals also have the very useful function of being able to be used, and in some cases are essential (think platinum for catalytic converters), in industrial applications.  Gold is used in printed circuit boards, silver is also used in electronic equipment, and although its usage in photography has all but disappeared, is still has a vital role in many areas due to its high heat tolerances.

One more thing to consider, right now the gold silver ratio is skewed in favour of silver, which means silver is currently (in 2014) undervalued.  Traditionally, gold and silver have held a ratio of 1:15, which means that it takes 15 ounces of silver to buy one ounce of gold.  This can and does fluctuate, but the ratio right now means that silver is undervalued in relation to gold.  These things will always revert to the mean eventually, so something to think about.

Precious metals can be purchased fairly easily through ingots, coins or jewellery and have the advantage of being portable, so you can “take it with you” so to speak.  Remember, the value of your cash can be eroded through inflation, but your precious metals will always keep their value.  It’s why when dictators flee their country, they usually leave with their passports and gold.

So not just a precious metal due to its scarcity, but a useful and functional one as well.  Consider having a small percentage of gold, silver, platinum, palladium or other precious metal in your portfolio for when the world’s currencies fail, which they inevitably will.