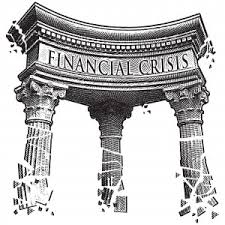 Why I think there will be global economic turmoil ahead of us:-