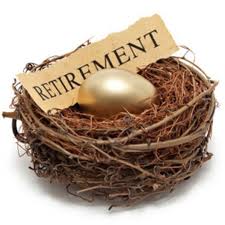 Very few people think about their retirement years until those years are almost, or worse are actually, upon them.  But to really maximise returns on your retirement investments, you should be thinking about it much sooner than when retirement is imminent.  It’s never too early (or too late for that matter) to start your retirement plan and the sooner you start the better.

I have a formula which might help you work out what amount you might like to aim for in retirement.  But first let’s look at some statistics.

1 in 100 are millionaires, wealthy or financially independent

What this means is that the overwhelming majority of people do not have sufficient reserves or funds put aside to be able to retire comfortably, if at all.

A recent survey found that someone who worked for 30 years on an average wage with standard superannuation contributions would only have a superannuation amount of about $180,000.

But it’s worse for women, who consistently (still!) earn less than men and who are usually (though not always) the ones who take time off work to raise children, where no superannuation contribution is being made on their behalf, unless their spouse is putting funds into their account to top  it up.  The current average balance of a woman’s superannuation fund is about $46,000!

But in a further blow, women have a longer life expectancy at 83.9 years compared to men at 79.3 years.

Based on those figures both men and women will run out of money available through their super funds before they live out their life expectancy, but women in particular will be worse off.  A retirement depending on the government for welfare will only allow you to exist at a subsistence level.

So think long and hard how you would like your retirement to be and start thinking of a strategy to take you towards your goal of retiring with at the very least, a comfortable lifestyle.

Now, a formula to work out what figure you might require to retire on.  This is, of course, based on the law of averages, so works on the average retirement age, average life expectancy and is in today’s money.  You might like to write this down and use a calculator.  So, firstly:

Note, this calculation assumes you own your home outright with no outstanding debt upon it, have a fairly recent model motor vehicle, and are in reasonably good health.  This also assumes no other investment income, does not allow for any interest paid on the accumulated savings and you draw down from your principal.  It’s just an example to demonstrate that people often grossly underestimate how much they’ll require in retirement and to start thinking about how they can start to create this income.

So, let’s work it out using an example.  You are a 30 year old female who would like to:

There are of course, many what ifs? in this scenario, such as changes in health, aged care requirements, whether you are single or a couple, leaving a legacy for children and grandchildren and many other factors that haven’t been taken into account.  It’s just for illustrative purposes and to prompt you to start thinking about your future.

Change the figures to suit your own circumstances, but however you look at it, it’s still a frightening prospect and should impress upon you the need to take action now.  This is why investing and generating multiple streams of income, particularly passive income, is important and becomes more so as time passes.

Here are some links that might help with retirement calculations:

Amounts Required for a Basic or Comfortable Retirement

Then ask yourself if you want a modest, comfortable or wealthy retirement and take action now.

Interesting report on retiring baby boomers (which could be equally applicable to any generation), and makes for disturbing reading:

Other articles on people not having sufficient money at retirement:

Most Australians Unprepared for Retirement

Do You Need $1 Million to Retire?

A Third of Currently Retired Australians Living in Poverty

And below an MLC survey on retirement preparedness.  It raises some pertinent points that should be considered as part of your financial and retirement planning:

Remember, failure to plan, is planning to fail, although most people do this unintentionally.  Happy investing and take action now!  As I said earlier, it’s never too early or too late to start investing.

Why Women Need to Save – Gender Pay Inequality

Another article on the gender pay inequality