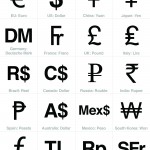 A lot is written by financial and mainstream press on interest rates.  Let’s discuss that in this post.

What is an interest rate?  Simply put, it is the price of money at a particular point in time.  So what is a good interest rate?  That depends on which side of the transaction you’re on and really is a double edged sword.

Who determines what official interest rates are?  In a perfect world, the market would decide.  But in real life, in most developed and emerging economies, it’s that country’s central bank that decides the price of money, also known as monetary policy.  So in Australia, it’s the Reserve Bank of Australia, in the US it’s the US Federal Reserve Bank, in England, it’s the Bank of England, in Japan it’s the Bank of Japan and so on.

The world’s central bankers tinker with official interest rates in the hopes of creating a specific outcome, usually politically motivated.  During times of economic downturn, they like to artificially drop official interest rates to near zero in the hopes of stimulating the economy by getting people to borrow more money, usually to purchase consumable items.  Due to our fiat monetary system, an economy grows as credit increases.

During times of rapid expansion, official interest rates are increased to stop the economy from overheating.  But is all this tinkering effective, or worse, making the situation worse?  There are people, myself included, who would say that firstly no, the tinkering is not effective and that yes, it has the ability to make things worse.  And sometimes it can take a while for this to become apparent.

When parts of an economy are artificially manipulated, this can have unintended consequences further down field and in totally different parts of the economy.

Interest rates are normally dropped when the economy is tanking, starting to fail or slowing risking it going into recession.  Now is this actually a bad thing?  Most people have been led to believe that recessions, or worse, depressions are a bad thing.  But the reality  is, that no, it is not a bad thing, recessions or economic downturns are a very natural part of an economic cycle.  It’s not called a “boom and bust” cycle for no reason.  However, no politician or political party wants a recession to happen on their watch.  Just ask anyone who was old enough to remember about the “recession we had to have” under Paul Keating’s rule.

In a normal working economy, a recession, depression or downturn allows the market to rid itself of misallocation of capital, put a broom through it, sweep out the bad investments and start afresh at the other end.  If left to run its own course, they are usually over in about two years and the economy and country come out of it much better at the other end.  Things only go wrong when politicians and central bankers start to meddle with it to try and avoid what is inevitable and normal and end up making an economy much worse and prolonging the pain and making the inevitable end so much the worse.

Let’s look at just one of the unintended consequences of artificially lowering interest rates to make the point.  When the economy slows, central bankers drop rates in the hope that it will stimulate people to take out more loans for various reasons, whether it be consumption or business investment.  However, when an economy is slowing, a business is less likely to take on any more capital works for which it would need to borrow, as presumably there are less customers in a slower economy.  Likewise, in a slowing economy, consumers are more conscious of their dollars as their future and work is far from guaranteed.

Likewise, investors and savers, such as self funded retirees for instance, who rely on savings for their income, see their returns reduce when interest rates drop.  This causes them to spend less, as they are now earning less, or take their money out of savings to invest in riskier assets to try and increase their return.  Even with fractional reserve banking, less money in banks means less money a bank can lend.

Lower interest rates also reduce the value of the currency, as it is also earning less for foreign investors.  Once again, this can be a good or bad thing, and is a topic for another blog.

So, ultimately interest rates are not really reflecting the true price of money when they are artificially manipulated and by doing so, can have unintended consequences.

Central banks also use their ability to control the price of money through interest rates to, ostensibly, control inflation.  But here’s a funny thing, before central banks this was a self regulating thing with periods of inflation with corresponding periods of deflation.  Constant inflation is very much a twentieth century phenomenon, which was also, coincidentally, the time when central banks began to either be created in various countries, or take a more active role in controlling interest rates.  For example, in inflation figures from the US, there were periods of inflation followed by periods of deflation.  It wasn’t until the creation of the US Federal Reserve Bank in 1913 that there has been constant inflation.

And in the middle of 2013, the Japanese government, through the governor of the Bank of Japan, began an aggressive push to increase (to double actually from 1% to 2%) inflation in that country through an aggressive program of money printing.  This is supposedly to kick start their flagging economy, which has been stagnating for over two decades (their lost “decade” is entering it’s third decade).

Once again politicians and central banks interfering with the market to try and make it do what they want it to do.  Has this been successful?  Like various stimulus programs in a number of other countries, notably the US and the UK, in the long run, no it hasn’t.  These economies are still very sluggish and fragile, and could lead to in the short term, asset bubbles and in the long term to hyperinflation.  That law of unintended consequences at work again.

Unfortunately with the advent of fiat currencies (currencies which are not backed by gold, silver or another precious metal), which pretty much covers all global currencies, manipulation of interest rates (monetary policy) is one of only two tools available to central banks to try and “help” the economy.  The other is stimulus, commonly known as money printing of bond buying, which has its own set of problems, complications and unintended consequences and will be covered in another post.

Maybe it’s time for the central banks to stop “helping” the economy and to let the market decide.