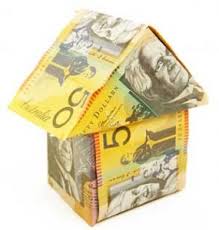 A recent real estate article outlined why real estate in Australia was unlikely to crash. It then went on to list a number of reasons about Australia’s economy to support this argument. There were a couple of factors I agreed with, but a number of things were so wildly inaccurate I felt I had to respond. This is my responses to each point made. It doesn’t mean that Australian property prices will crash soon. But it doesn’t mean they won’t ever crash either, at some stage.

The bold text at the beginning of each point is a point in the article for a non crash. The text after the bold is my response.

The point is, nobody knows what is going to happen in the future. We are in uncharted territory, we do not have any precedent for what might happen next apart from the fact that no fiat currency has ever lasted beyond a couple of generations and creating money ex nihilo and ad infinitum has always ended badly throughout history. Maybe property prices will crash and maybe they won’t. We could continue on as we have been for another 20 years, or it could all collapse in a heap next week. We do have a very large investment stake in what is essentially a non-productive consumption item and we are not immune from corrections. However, as economist, John Maynard Keynes observed, the market has the ability to remain irrational longer than we can stay solvent.

One thought on “The Australian Economy & it’s Effect on Housing”