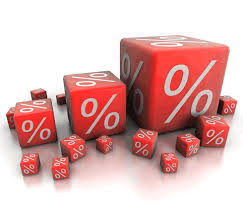 It is, quite frankly, astonishing how the world’s economies and markets reacted recently to the possibility that the US Federal Reserve MIGHT, and that’s the key word here, MIGHT, have raised interest rates during September.

Stocks and commodity prices crashed and volatility increased massively at the possibility of a ONE QUARTER OF ONE PERCENT official interest rate rise by the US central bank.

Seriously!?!  Are the world’s economies so fragile, that the thought of a 0.25 interest rate rise in the US sends everything and everyone into a tailspin?

This is what happens when official interest rates are kept too low for too long. The world has come to rely on cheap credit to keep it going. If it is to be used at all (and I don’t think any central bank should ever artificially lower interest rates to stimulate an economy), it should only be used sparingly for a very short period of time.

Now, because it’s become so cheap to borrow money, global debt levels are at record highs, even high than before the GFC. Because investors cannot get a decent return on their cash, they move into riskier and riskier “investments” to try and get a yield, quite often using borrowed money, because after all, it’s cheap to borrow.

It doesn’t help any that quite often this borrowed cheap money wasn’t actually put to productive good use, it was instead used to buy back shares, boost director salaries and bonuses in the case of listed companies, or used for dubious and speculative ventures by others.

It has now been seven years since the GFC and interest rates are still incredibly low, or effectively at zero or even negative in some countries when inflation is taken into account, and they are still at “emergency” levels.

Shouldn’t it be patently obvious by now that the zero interest rate policy (ZIRP) or ultra low interest rates don’t work? Neither does stimulus, money printing, quantitative easing or whatever you want to call it, which was only possible due to these low interest rates. 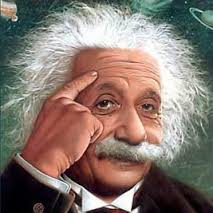 Einstein has been credited with saying that the definition of insanity is doing the same thing over and over and expecting a different result.

Central banks think they can control an entire economy and get it to do what it wants. So it keeps cutting interest rates, and then when the short term boost it provides wears off, they cut them again. And again. And again.

But due to the law of diminishing returns, each interest rate cut has shorter and shorter impacts, until it doesn’t have any more effect.

And our central banks sit there wondering what more they can do, not realising they are one of the major contributors to the problem. And we look to them to fix the problem that THEY helped create in the first place.

Now THAT is insanity!

2 thoughts on “Zero interest rate policy is a disaster”